We love our four-legged furriends!

In the early days of Tito’s Handmade Vodka, Tito donated product to local nonprofit events. Over time those small, localized gestures not only continued, but evolved into a nationwide movement to make the world a better place.

Tito was new to the vodka business, still struggling to make ends meet while rewriting the Texas codebook to building the first legal distillery in the state of Texas. One day he got a phone call from a local nonprofit asking if he would donate a couple cases of vodka for a fundraising event. Tito agreed, and showed up with several cases and the thought that this would be a great opportunity for folks to taste his new vodka. “If you like it, tell 20 of your closest friends,” he said… and they did. They liked the vodka and they told their friends – not just about the vodka, but also about how Tito would donate it to support charity events, like he’d done for them. The phone started to ring more often, and just like that, philanthropy became part of Tito’s Handmade Vodka.

As the company grew, Tito empowered each and every member of the team, regardless of their role, to support the causes they were passionate about in their local communities. As Tito’s Handmade Vodka continued to gain momentum across the country, involvement in philanthropy grew in tandem. The more people who joined the Tito’s family, the more hearts and hands were out in the world spreading love and goodness, with Tito’s behind them all the way.

Every time a member of the Tito’s Team reached out to extend a hand, to make a difference, to say “Thank you for inviting us to help the cause,” they signed off with “Love, Tito’s.” This salutation became a mantra, which turned into a movement. Love, Tito’s is now a force, a group of individuals giving back to causes, efforts and organizations that move them. Through Love, Tito’s, the team has supported thousands of causes – lending a hand to rebuild communities after devastation, spreading joy to those who need a little more, and protecting the environment we all share.

The goal of Love, Tito’s is simple: to turn spirits into love and goodness. Make the world a better place—in whatever way moves you; find your passion, and get involved. With the help of our nonprofit friends and family, Love, Tito’s can continue to give back in more impactful ways, and keep spreading the love more and more. 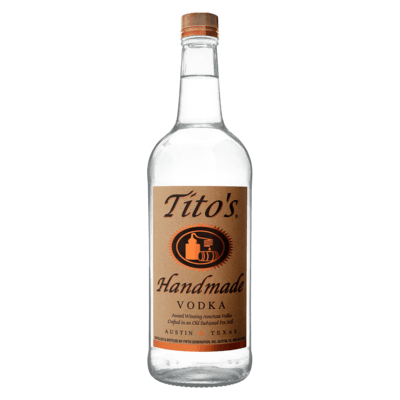 If you have a 501(c)3 and would like to request a donation, please fill out our donation form. We require at least 30 days lead time to fulfill all sponsorship requests.

We're turning spirits into love and goodness by growing community gardens and farms across the country, one block at a time.

We are committing an additional $1,000,000 to support social equity and the fight against racism through local organizations around the country.

Our Response to COVID-19

As life changes every day, Tito's Handmade Vodka continues to show our support. 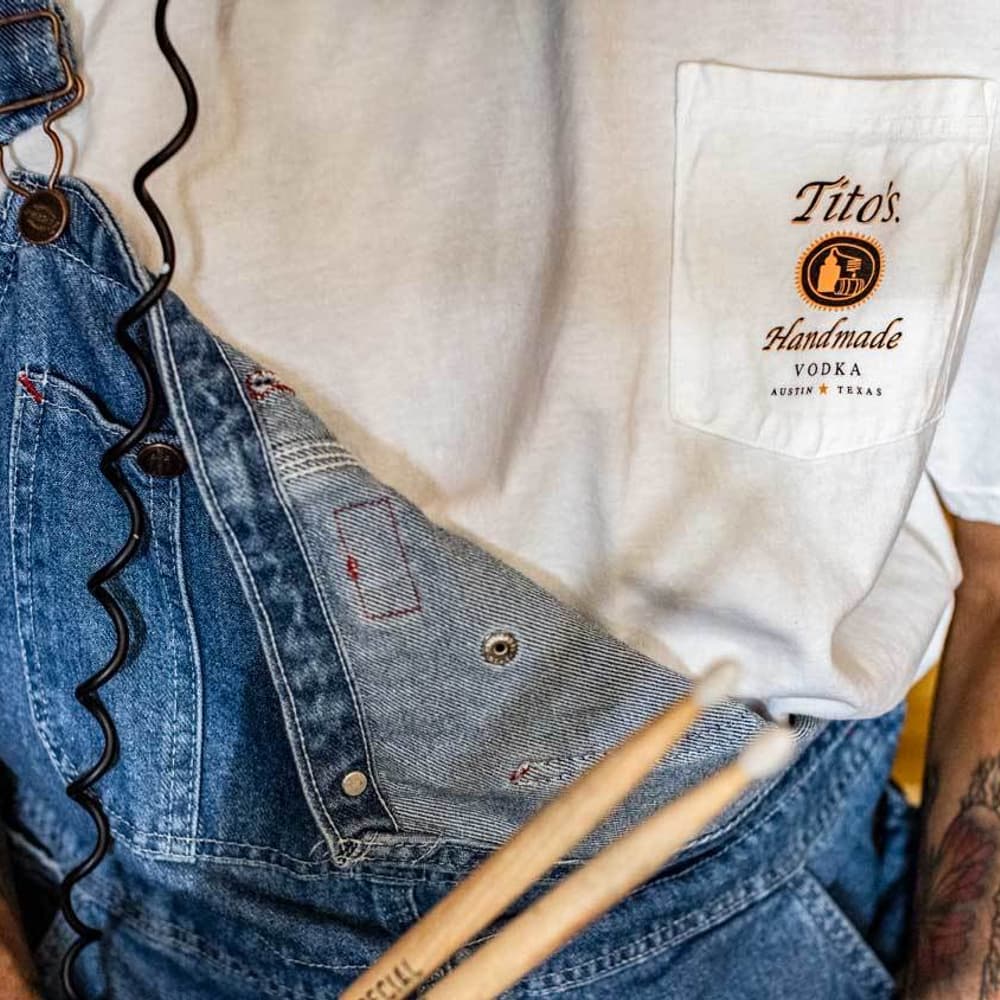 Check Out and Give Back with Tito's

From a mule mug to a Tito’s tee, when you snag Tito’s swag, you’re spreading love and goodness to the inspiring nonprofits we’re teaming up with this year. 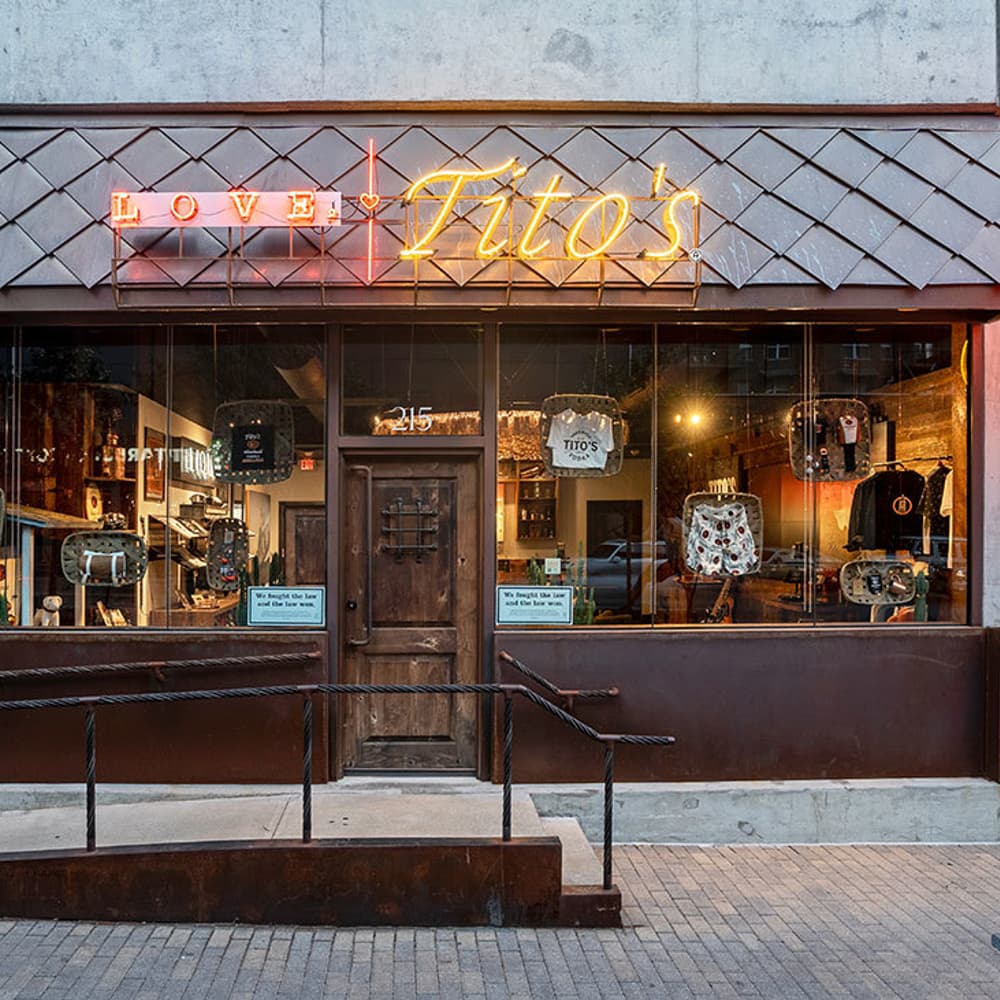 Snag a new copper mug or snap a portrait of your pup, either way, when you pay a visit to the Love, Tito's space, you give back. 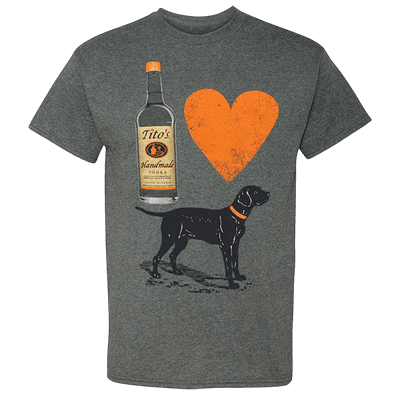 All net proceeds from our web store support nonprofits!